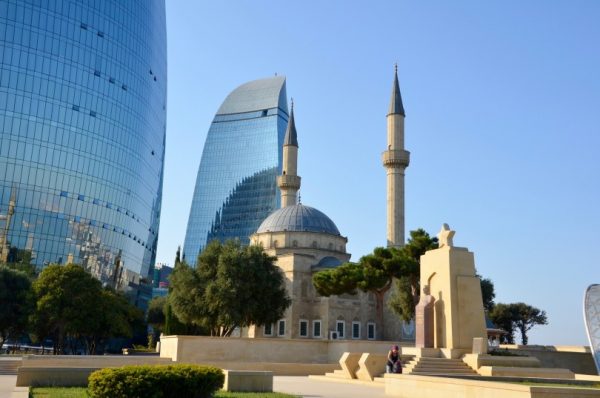 Azerbaijan is located at the crossroads between Europe and Asia, and it is a wonderful and interesting destination that is going through a decisive stage of cultural and economic transformation, especially with it being a country of strategic importance in the Caucasus, and has been imbued with the cultural spirit of the ancient historical empires, including Russian, Turkish and Persian, and its capital is Baku. A large share of beauty, a dynamic city that enjoys a cosmopolitan lifestyle with the originality of the past, in addition to the picturesque countryside where you find the pristine nature and Azerbaijani culture that deserves to be discovered through this topic. We will get to know the most important things that you can know before Traveling to Azerbaijan

Through this report, we offer you a comprehensive guide before travel and tourism in the Republic of Azerbaijan ...

Due to the geographical location of Azerbaijan, which is located in the Caucasus, located between western Asia and Eastern Europe

This feature made it enjoy a strategic geographical location, and a distinctive tourist location that attracts tourists from all over the world.

Foreign nationals are strongly advised not to travel to Nagorno, Karabakh and the surrounding military region because the area is a subject of conflict between Azerbaijan and Armenia.

In addition, tourists should stay away from attending political gatherings and public demonstrations while not going into discussion of the country's internal conditions to prevent harassment.

Before traveling to Azerbaijan, many travelers are keen to know about the security in Azerbaijan

As Azerbaijan has a low crime rate, pickpocketing and robbery are possible in Baku and the interior regions

When visiting, all you have to do is use common sense and take precautions to avoid becoming a target. be cerfull

Avoid keeping large sums of money with you and do not travel alone at night, as street crime accidents happen in isolated and remote places.

Be very careful when visiting shopping areas, such as Ganglik, Fountain Square and Maiden's Tower in Baku

They are common places where thieves attack tourists

Therefore, it is always better for you to travel within groups while hiding money as well as important documents in secure places with you

Be aware that if you lose credit cards or other similar important documents, finding or replacing them is extremely difficult.

If you want to report a crime, do not hesitate to contact your local police station

In an emergency, call the police at 102.

In all banks. Additionally, currency can be exchanged at all official exchange points

They can be found everywhere, and it's essential to keep receipts for all exchanges until you leave the country.

And be aware that those who work to change currency by dealing with unauthorized individuals run the risk of falling victim to theft and fraud.

And bear full responsibility for potential violations. As a rule, it is possible to pay with a credit card in most hotels

It is also common to use the Russian language in Baku.

Drivers are usually in a hurry and drive fast

So always make sure to look at the road before deciding to cross.

Especially if you suffer from a sensitive stomach.

Information about the Republic of Azerbaijan

Location of the Republic of Azerbaijan:

Azerbaijan is one of the six countries that were affiliated with Turkey, but became independent and officially became the Republic of Azerbaijan

Azerbaijan enjoys a distinguished geographical location, as it is bordered on the north by Russia, and on the east is the Caspian Sea

Because of this privileged position that Azerbaijan occupies, it has gone through a number of wars and conflicts, as it was the coveted of a number of colonial countries, but in 1991 Azerbaijan gained independence, but some parts of Azerbaijan are still under the control of Armenian forces..

Although Azerbaijan gained independence from Turkey, it still bears the Turkish identity in terms of culture and history

But the Republic of Azerbaijan is considered a secular state, as it is the first secular republic in the history of the Islamic world .

Azerbaijan is one of the first countries to apply the modern parliamentary experience, as it gave women the right to vote

This made it the focus of everyone's attention, as it was the first republic in the Islamic world to follow the secular system. 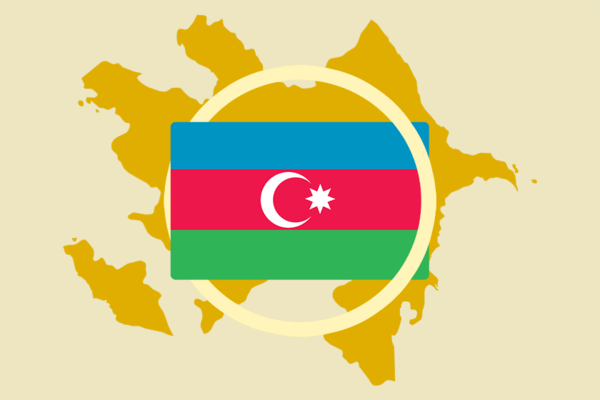 Also, the Republic of Azerbaijan was the first country to establish the first modern university in the Middle East, which was Baku State University

However, it did not last long until Russia invaded Azerbaijan, due to its need for Baku oil.

Despite the success of the Soviet invasion, the army and people of Azerbaijan showed strength and cohesion. The occupation lasted for only two years.

In this period, there were achievements made in the field of education and state building

After that, Azerbaijan got its economic independence and worked on drafting its own constitution based on equal rights.

The Republic of Azerbaijan enjoys a distinguished geographical location as mentioned, and this made it enjoy a special climate and weather that distinguishes it from other countries.

Because of Azerbaijan's proximity to Siberia, this makes it affected by the cold air masses coming from it, as it is affected by the high pressure emanating from Central Asia. 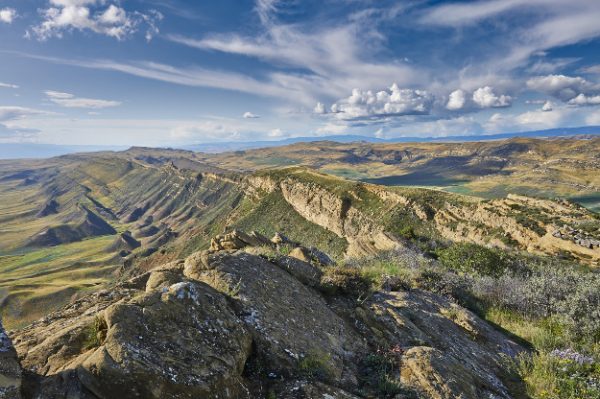 Azerbaijan is surrounded by a group of Caucasus mountains, and it works to protect the country from cold air masses, and this makes the climate moderate and tropical throughout the year ..

There are also some factors that contribute to moderate climate. Among these factors are the diversity of terrain that the Republic of Azerbaijan possesses, as follows: -

1- The Greater Caucasus Mountains and the Lesser Caucasus MountainsThese mountains occupy a large area of ​​Azerbaijan. These mountains are considered volcanic mountains, of which there are a large number of them in the country. These volcanoes in particular mud volcanoes are the reason for providing a distinct climate for the country as they provide fertile soil that contributes to providing plant diversity.

2- Coastal borders, Azerbaijan has the advantage of possessing a number of coastal borders due to its geographical location. These coastal borders have facilitated the process of providing agricultural settlements throughout the country. 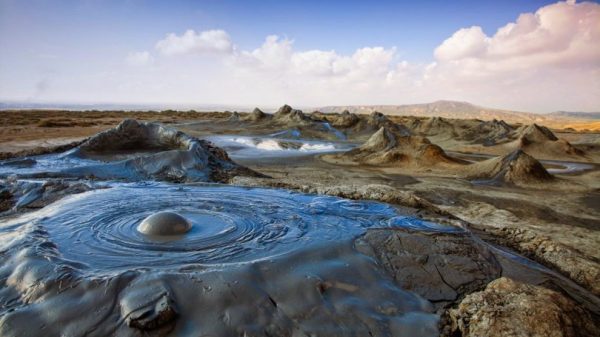 All this contributed to the distinctive climatic diversity of the Republic of Azerbaijan, which is unique to it from other countries

This makes it occupies a distinct place from its neighboring countries.

The capital of Azerbaijan:

This city is characterized by combining the old style based on the history and culture that Baku acquired over the years, with the modern style of buildings, towers and skyscrapers. 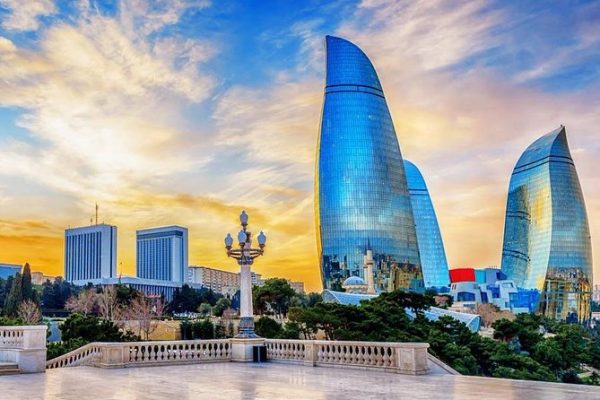 The city of Baku, other than being the capital of Azerbaijan, is also considered one of its most prominent tourist cities

It has a large number of towers and art museums, as well as a number of distinctive markets and restaurants that satisfy tourists greatly

Therefore, it is considered one of the cities that should not be missed when making a decision tourism In Azerbaijan. 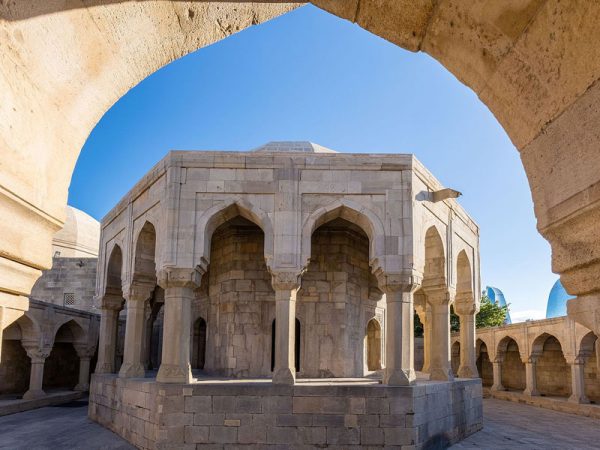 The Republic of Azerbaijan is considered one of the most important and popular tourist countries, due to its unique location

Thus, the economy of Azerbaijan is highly dependent on income from domestic tourism. 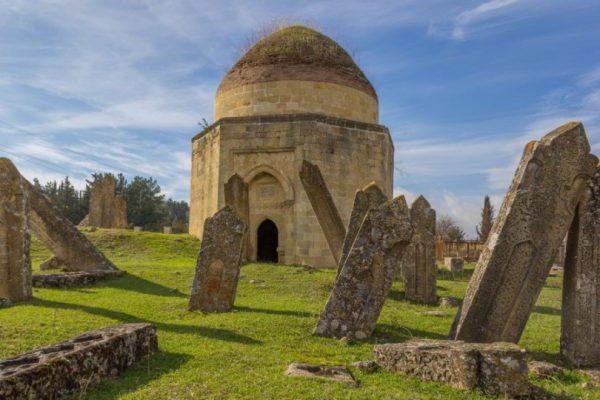 Tourism in the Republic of Azerbaijan passed through many stages, and there were years characterized by a boom in tourism

And in other years, tourism was visibly devastating and at its worst.

The history of tourism in Azerbaijan dates back to the eighties

This led to a significant impact on tourism, which caused its complete collapse, but in the recent period Azerbaijan has witnessed a remarkable recovery in tourism. 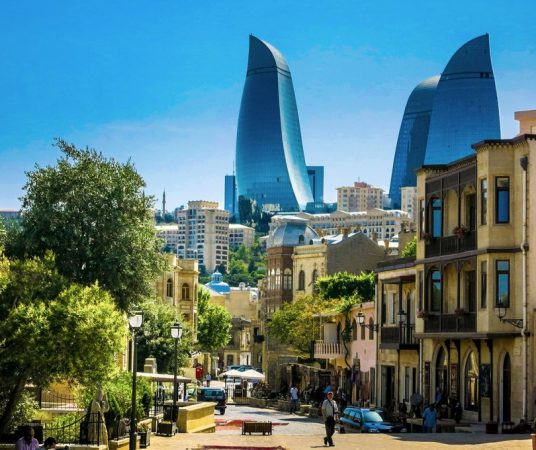 The government worked to pay attention to tourism and to attract tourists to it, as it worked to restructure the country and develop it to be a distinctive tourist destination. The government succeeded in this, as the rates of tourist visits increased significantly, so that it became a major source of the Azerbaijani economy.

Religion in the Republic of Azerbaijan: 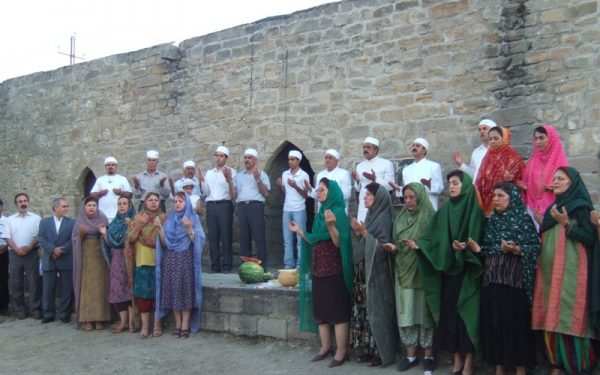 Although most population The state is Muslim from both Sunnis and Shiites, but they do not practice ritual acts of prayer and fasting, just as there are a small number belonging to the Christian religion, in general the Republic of Azerbaijan is considered a secular republic based on religious freedom.

The Republic of Azerbaijan has a flag that was adopted in 1991, and the flag consists of three parts that are divided horizontally, “in the upper part the blue color, and in the middle the red color with a crescent shape inside which a star has eight corners, and in the lower part the green”. 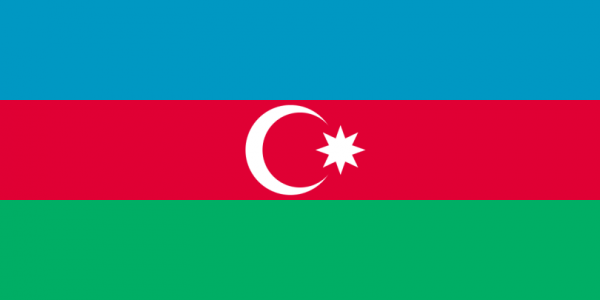 The official language in Azerbaijan is the Azerbaijani language, but because of the geographical location of Azerbaijan and its presence next to a number of other countries, and because of its location between the continents of Europe and Asia, all this led to the diversity of languages ​​in the Republic of Azerbaijan.

So we find people of southwest Asia who speak Turkish languages, and there are people who speak a language between Iranian and Azerbaijani.