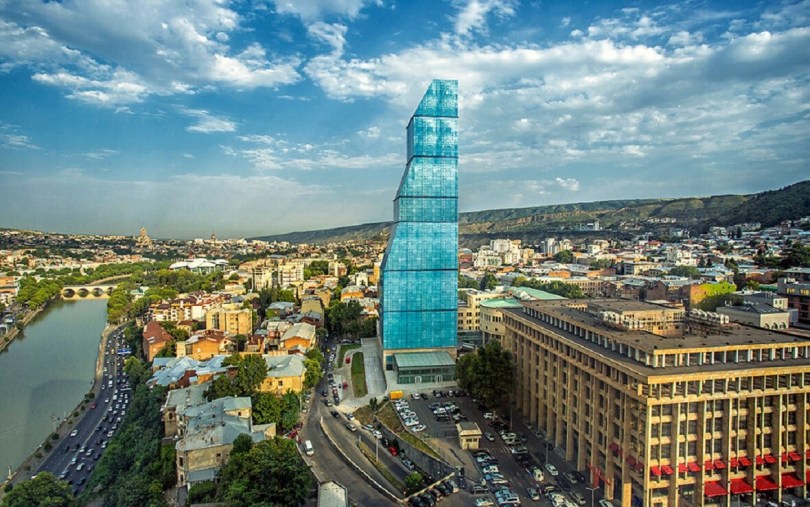 For all travelers who wish to travel to it

The capital of Georgia is Tbilisi, the largest city in the republic, with a population of about one million and 345,000 people.

A Brief History of Georgia

Georgia is one of the republics of the former Soviet Union

Georgia was named by that name after Saint George, a Christian saint

It was originally a Christian kingdom contested and conquered by the Persians, Romans, Turks and Arabs

Until it was annexed by Russia in 1801, after the First World War, Georgia was declared a socialist republic

He declared its independence in 1918, to be occupied by the Red Army in 1921, and became part of the Soviet Union

To join Russia, to become two independent states from the Georgian Republic, with the support of Russian forces in that matter

Which increased tension between Georgia and Russia after independence

This is to accuse Georgia of Russia's support for the separatists, especially after the increasing influence of Russian loyalists in the Abkhazia region. 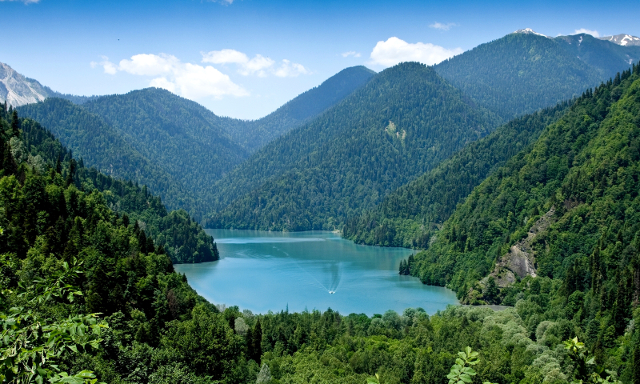 Lake Ritsa is one of the Ritsa Nature Reserve, and it is the deepest lake in the Georgian Republic, with a depth of 117 meters

Summer is the best time to visit the lake, as the weather is cool there, and it is a beautiful place for picnicking, fishing and tours of its boats available for tourism. 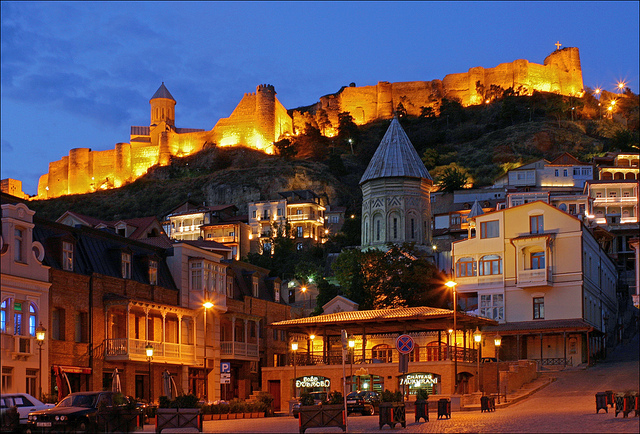 Despite a devastating earthquake in 1827, it was able to demolish part of this castle, but the walls and walls surrounding it were still standing to this day. 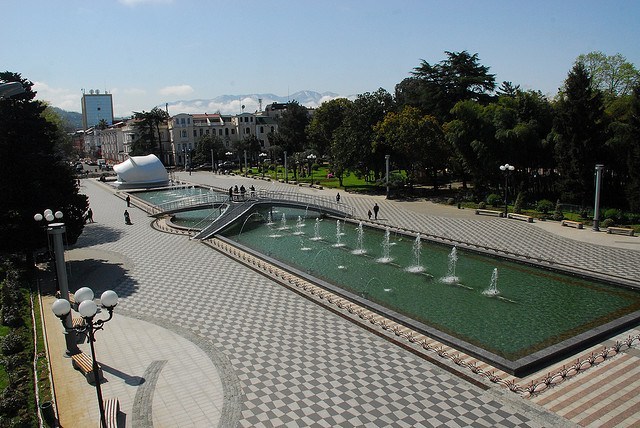 Batumi is one of the most beautiful cities Georgia At all, which must be among the most important tourist places in Georgia

It is a coastal city overlooking the Black Sea, famous for its pleasant climate

As for the Boulevard Park, it represents the most important Batumi Gardens, extending along the sea shore

It is a public place where people enjoy hiking, jogging, and cycling

And see the mesmerizing landscapes, and take pictures that remind you of the most beautiful times. 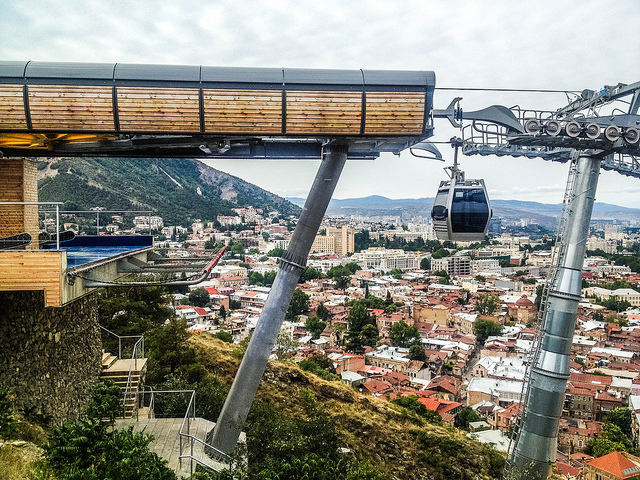 I stay high above the old town

You can also visit the Botanical Gardens and the memorial Kartlis Deda, which has become a symbol of the capital city of Tbilisi.

Tram transfer makes the journey easier and faster as well as provides you with wonderful views of the Metcfari River and the old town. 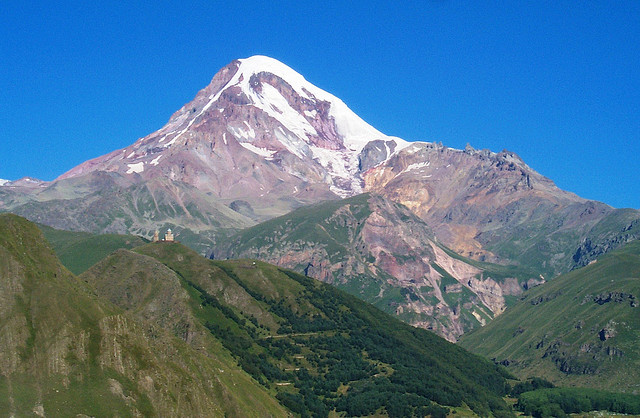 It represents Mount Kazbek, meaning the snow mountain, which is part of the beautiful, God-given mountainous nature of Georgia

It is located in the far north of the country on the border between the Georgian Republic and Russia, at the Caucasus Mountains

The mountain is widely known among tourists and climbers because it is the highest peak in the region that allows you to see the most beautiful views of the charming nature from above. . 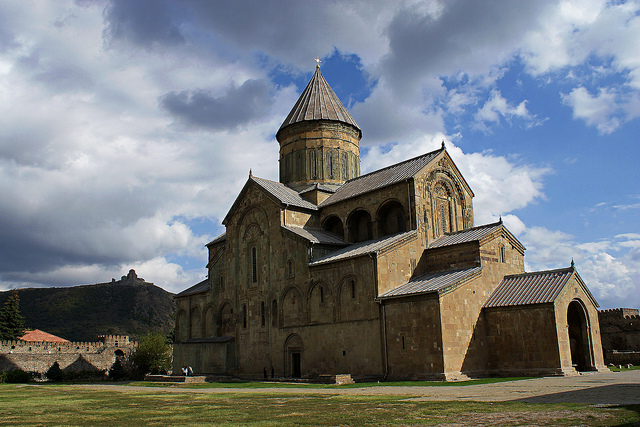 One of the important architectural buildings in the Georgian Republic

It was built in the fourth century in Meskheta, a historic city located near Tbilisi, the capital

Until its current rebuilding was rebuilt in the 11th century

Its internal walls contained remnants of symbols and frescoes, as well as decorated stone

The cathedral was subjected to many attacks by the Persians, the Arabs

And the Russians, in addition to earthquakes, and the fame of this cathedral is not only an important place of Christian worship

But also to include its name in the list of UNESCO World Heritage Sites that contain global sites of natural and cultural importance.

This national park is located below the northern edges of the Greater Caucasus Mountains and on the doorstep of Russia and Chechnya, and it is a wonderful place to take a breath and feel peace and submissiveness.

The park is largely made up of high peaks and grassy hills and there are few roads in the distance and there are villages that can be easily found.

They are located in the midst of the foggy historical mountain tops. These villages were built of mud brick and this is something that can be noticed very quickly

And it also includes sheep farms in rural areas, which are famous for making wool and cheese, in addition to the presence of large areas of coniferous forests. 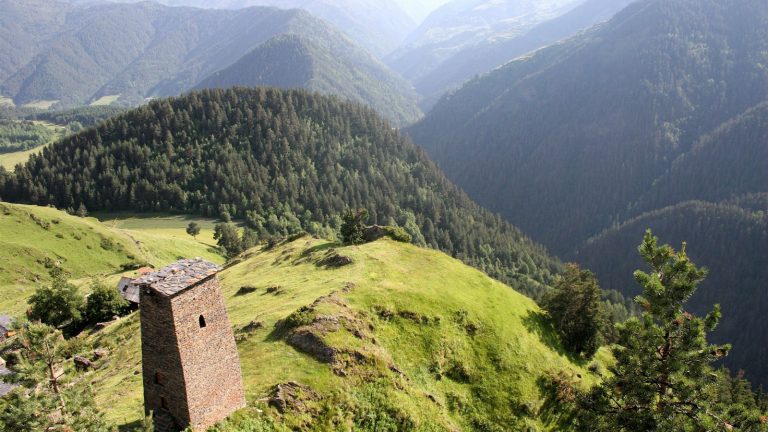 Tbilisi is the capital of the country and it is the nerve that moves Georgia towards modernity and progress. It is also a historically ancient city rich in culture and history.

It also contains a number of beautiful fountains and picturesque public gardens suitable for relaxing and getting some fresh air. 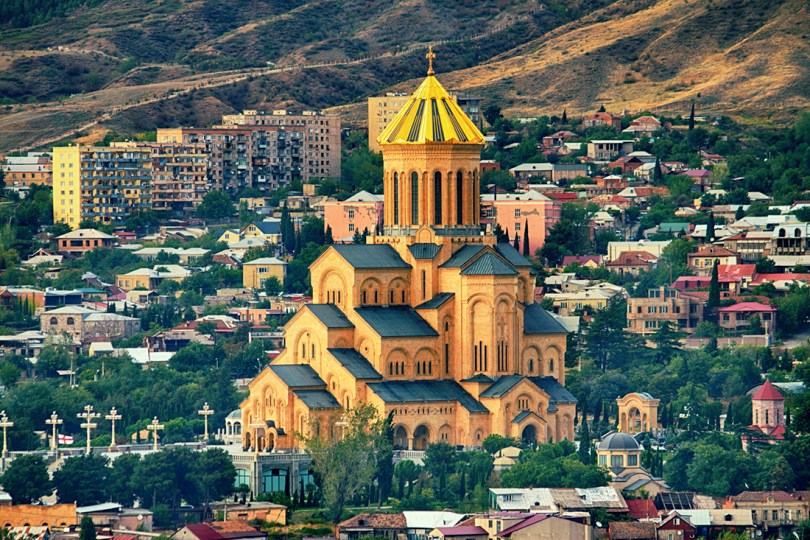 Borjomi is known as the best source of water in the country, as it contains both fresh and salt water

This made it a favorite city in the past for Soviet masters. Today, the city has much more to offer tourists than water and volcanic springs.

The Russian imperial architecture distinguishes it a lot, the city is located in a wonderful location among the hills of the Borjomi strait and is full of fountains, grassy meadows and gardens.

The city also includes primitive forests filled with tales and legends of darkness and monastic massacres from the Middle Ages. 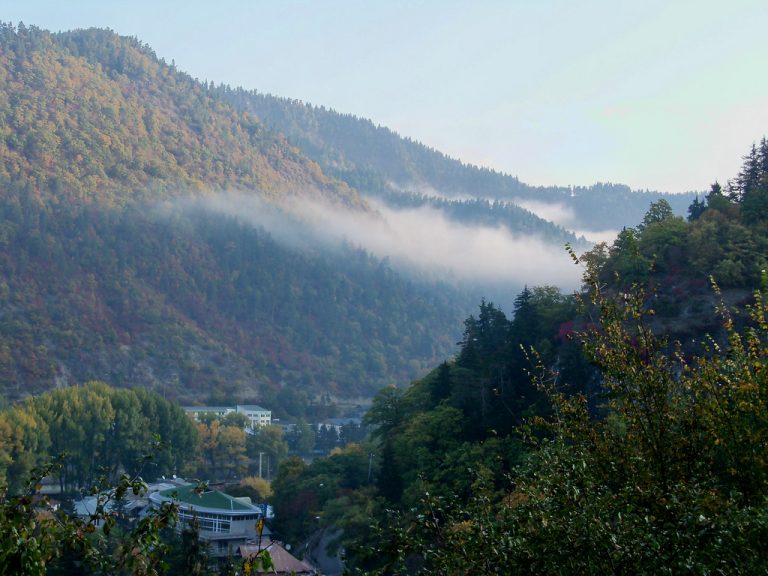 Estimates and speculations indicate that there are various levels of compact churches, caves and shrines there that have been inhabited at least since the middle of the twelfth century.

You can also wander around and see the existing churches and their styles of Eastern, Byzantine and Roman alike 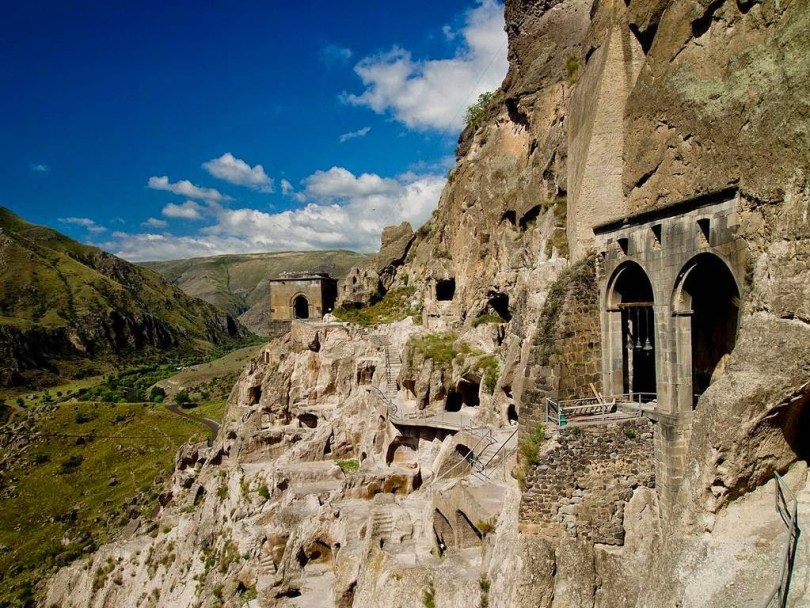 It is a wonderful alternative to the crowded alpine ski fields

Skiers here can enjoy snowboarding on twenty-two kilometers of steps

In April and recently, the country invested large sums and made new investments to modernize, renovate and speed up elevators there

This resort has been rated one of the best in the world. 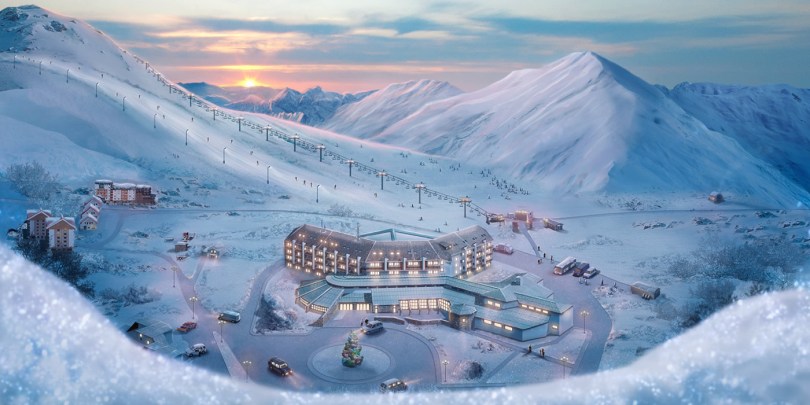 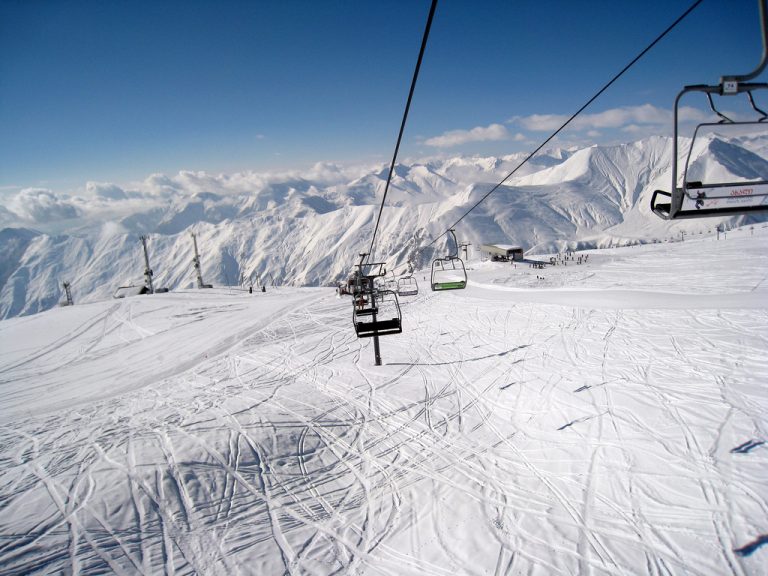 This history museum is located alone on the hills of Shida Kartli and is believed to have been one of the major political and economic centers of the Kartli kingdom.

Which dominated the Caucasus strongholds. Today, visitors and tourists who come here can explore an organic outcrop of beige and brown hills.

Also located on the site is a somewhat outdated cathedral dating back to the XNUMXth century. 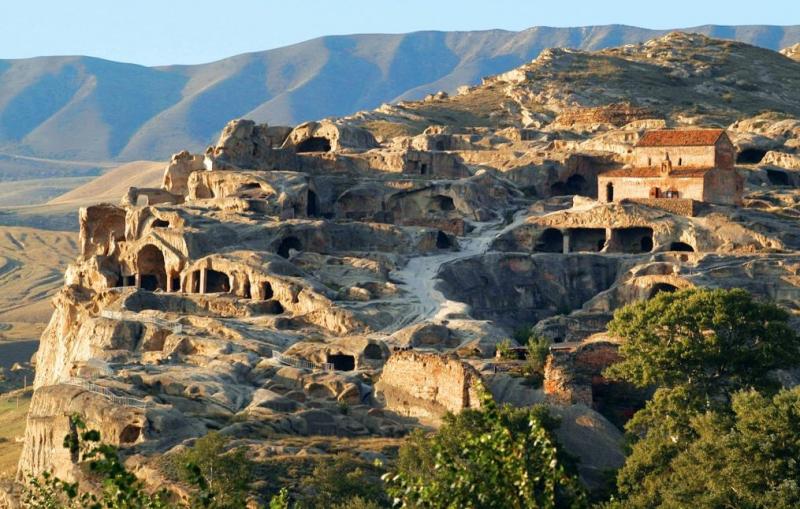